Shanghai-(Business Wire)--The Health Industry Summit (tHIS) 2018 hosted by Reed Sinopharm, opened in Shanghai at the National Exhibition and Convention Center on 11th April 2018. This is the largest gathering of healthcare industry professionals in the world with well over 200,000 attendees from more than 150 countries and regions and over 7,000 exhibitors. 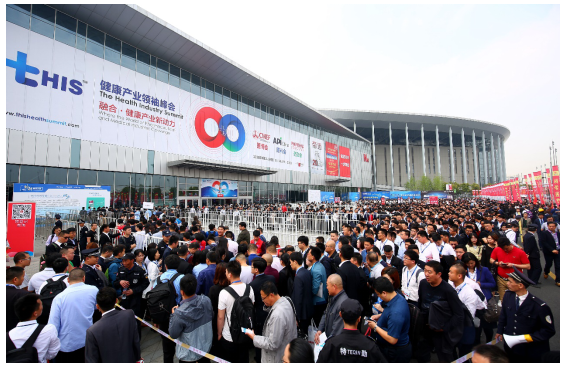 In accordance to the President Xi’s call for greater promotion of the health industry at the Boao Forum for Asia, this leading health industry event covering the entire industry value chain to cover key segments like medical devices, pharmaceutical production, drug distribution and natural health and nutrition is becoming China’s solution to promoting technology innovations and academic exchange on the grandest scale. Now in its fourth edition, tHIS has been firmly established as the world's largest health industry event covering an over 350,000m2 exhibition space with 160 individual events and conferences alongside the main expo. Key events of the summit included China's top medical equipment and pharmaceutical exhibitions CMEF, PHARMCHINA and API China, which featured cutting-edge technologies such as VR, AR, wearables and AI as part of the new Intelligent Health exhibition, while traditional medicine was also highlighted at the show as China’s own solution to treatment and prevention which runs parallel to modern medicine and drug development.

Leading companies with a major presence included medical device giants like GE, United Imaging, Siemens, Philips and Mindray as well as major pharmaceutical groups in China including Sinopharm, Shanghai Pharma and CR Pharmaceuticals. The majority of the most innovative companies in the medical field chose the show as their Global or Asia Pacific new product launch platform and more than 600 new product launches took place during the 4-day show.

The Health Industry Summit was organized by Reed Sinopharm, a joint venture between the world's leading event organizer Reed Exhibitions and China's state-owned medical & pharmaceutical giant Sinopharm (ranked 199th on the Fortune 500 list). The next edition of the event will be held in May 2019 in Shanghai.